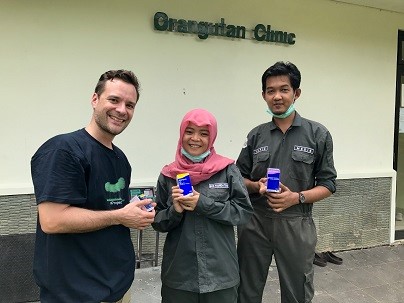 The Borneo Orangutan Survival Foundation (BOSF) has thanked Norbrook for its support of a veterinary project in Borneo with a moving two‐minute film.

The film features a rescued orangutan being administered much‐needed medication – one of the products donated by Norbrook and prescribed by vets to treat the ‘critically endangered’ orangutan population in Borneo. 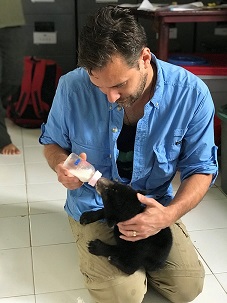 Created by British wildlife veterinarian, Dr Paul Ramos, veterinarian Dr Tristan Rich, and BBC filmmaker Peter Jones, the short film was set in Kalimantan, Borneo. Here, orangutans and other rainforest animals, such as sun bears who are suffering as a result of deforestation, forest fires and animal trafficking, are rescued, rehabilitated and released back into the wild.

The crew travelled to Borneo earlier this year to create a documentary to tell the story of the immense challenges and practical solutions facing rainforest animals and how people and organisations, such as Norbrook, can work together to make a difference. The documentary is expected to be finished in three months and will be made available on social media channels. 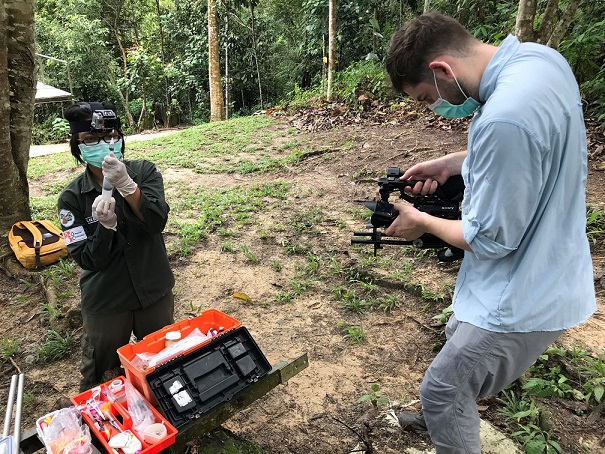 Dr Ramos says the animals typically arrive at the BOSF clinic in a considerable state of injury, illness and poor condition; and often they are only babies. BOSF manages 750 orangutans, and as many of these are not releasable, they live in a semi‐wild state as they cannot survive on their own. It takes many years of intense ‘jungle school’ before an orphan can safely go back into the wild.

“Ultimately, this is the most challenging part as there needs to be somewhere for the orangutans to go back to. It is important for communities and governments to work together to protect these animals’ native habitats so they once again have a place to call home.”

Dr Ramos says the Bornean orangutan is classified by the International Union for Conservation of Nature (IUCN) as ‘critically endangered’ – just one step away from extinction. Around 100,000 are estimated to live on Borneo, down from 288,500 in 1973, and their numbers are expected to shrink to 47,000 by 2025, according to the IUCN.

“The trip exceeded our expectations. We saw so much – some beautiful things, some truly horrific."

"Sound medical therapy becomes paramount in the animals’ journey towards rehabilitation, and this contribution of key veterinary supplies helped to make this possible. Norbook has helped to look after many orangutans and sun bears, so the contributions were much appreciated.”

Monica Whistler, Norbrook’s Product Manager – Large Animals, says it is shocking to think that the orangutan population has decreased by about 80 per cent over three generations.

“The animals have seen their habitat shrink dramatically as the island’s rainforests are increasingly turned into oil palm, rubber or paper plantations, and are sometimes targeted by villagers who view them as pests.”

“We are really pleased to have been able to work with the Borneo Orangutan Survival Foundation
and help them in their fight.”

To view the film, go to: https://www.youtube.com/watch?v=AwVCr02redQ&feature=youtu.be