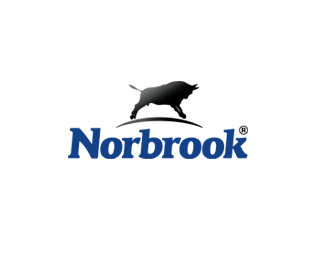 The Board of Norbrook Holdings Ltd has announced that Liam Nagle will be appointed as Executive Chairman following the completion of Sir Ian Gibson’s term on 31st July 2019.

Sir Ian Gibson joined the Board as Chairman on 1st August 2016 on a three year term, and will continue on the Board as a Non-Executive Director to support a smooth transition.

To continue to add strength to the Board, the recently appointed Chief Operating Officer, Pat Magner will join the Board.

Liam Nagle will continue in his role as Chief Executive Officer (CEO), and will hold the dual role of Executive Chairman & CEO of Norbrook. Liam joined Norbrook on 2nd February 2015 as CEO and has strengthened the management team and implemented a rolling 5-year strategic plan to drive business performance.

Liam has had more than 30 years’ international business experience in senior roles across a range of industries. Prior to joining Norbrook, Liam was Chairman of SISK Group’s construction and healthcare businesses from 2014 to 2015, having previously held the position of Chief Executive of SISK Group from 2008 to 2014. Before joining SISK Group, Liam held senior positions in a number of companies, including Bookham Technology, Nortel Networks and Intel.

Commenting on the appointment, Lady Ballyedmond, Deputy Chair of the Board, said: “On behalf of the Board and my family, I would like to congratulate Liam on his appointment as Executive Chairman. In his role as CEO, Liam and the team have made excellent progress in the past 4 years, and we are delighted that Liam will take on the additional responsibilities of Executive Chairman and continue developing the business.

I would like to thank Sir Ian Gibson for his leadership and guidance over the past three years as Chairman, and for his continued input as a Director of the Company.”

Liam Nagle said, “I am honoured to have been appointed as Executive Chairman & CEO, and would like to thank Lady Ballyedmond and the Board for their support over the past 4 years. I look forward to my new role in supporting the ongoing business success.”