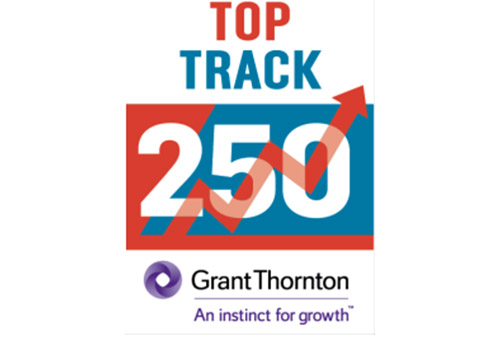 The Sunday Times Grant Thornton Top Track 250 complements the Top Track 100, published in July, which features Britain’s biggest private companies. It ranks the next 250-biggest companies by sales, provided they meet growth and profitability criteria. The 250 companies grew combined sales by 14% to £58.1bn, operating profits by 26% to £4.9bn, and staff by 11% to 354,000.

Easy to Give awards are made after formal and structured evaluation of products by a panel of veterinary surgeons appointed by International Cat Care (ICC), together with their cat owning clients.

Easy to Give awards are made after formal and structured evaluation of products by a panel of veterinary surgeons appointed by International Cat Care (ICC), together with their cat owning clients.

One of Northern Ireland’s leading business awards programmes recognising the best in class across a range of categories including export.

The award was presented in recognition of international competitiveness and increased trade in global markets.

In 2012 Norbrook was awarded a Sunday Times Top Track 250 award.

Norbrook received the Queen’s Award for Enterprise in recognition of outstanding continuous achievement in International Trade. This is the fifth time Norbrook has won the Queen’s Award. Norbrook won this prestigious award for the first time in 1987, then again in 1990, 1994 and 2002.

The company topped the International Trade category while the Chairman and CEO, the late LordBallyedmond was presented with a Lifetime Achievement Award in recognition of his contribution to business life and the economy in Northern Ireland.

Since 1997, Europe’s 500 has selected and published the list of the Top European growth entrepreneurs and has awarded them for their outstanding achievements in generating sustainable
growth and jobs.

The accolade, which was presented by former German Chancellor, Gerhard Schroder at an awards ceremony in Brussels, was awarded to entrepreneurial companies whose “ingenuity, hard work,perseverance and capacity for innovation have shaped a successful and growing business,significantly contributing to the creation of new employment and prosperity in Europe.”